Many investors, professional and otherwise, believe that market moves can be predicted and that making frequent moves in and out of markets and investments will lead to greater returns. However, the data tells a different story, which is that market timing and trading frequently are harmful to your portfolio and will significantly reduce your overall return. Let’s begin by examining market timing.

Tying everything together, the Dalbar study shows that the average return for an investor is significantly lower than the return of an index. In the study, one that has been replicated many times, investors who were primarily investing in the S&P 500 index, or stocks that made it up, underperformed it by an extremely wide margin. This kind of study can be replicated with any index, in any asset class

The data below comes from research done by Terrance Odean, Ph.D., Cal Berkeley, entitled, “Do Investors Trade too much”. The full study can be viewed here.  Dr. Odean discovered that amateur investors, performed poorly after they made  a trade. (Either a buy or a sell, both speculative and non-speculative. Thus, the stocks they sold, did much better than the stocks they bought) 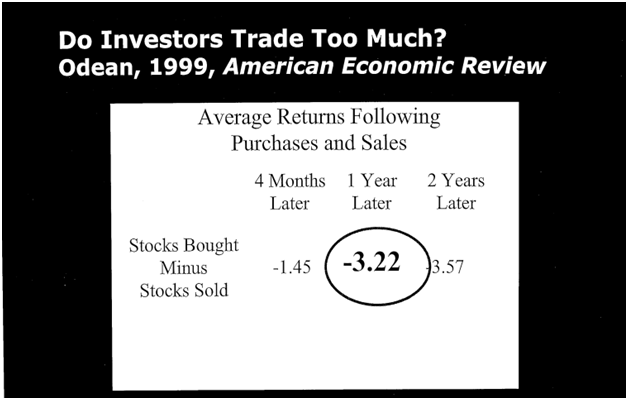 When isolating for just the speculative trades, the returns are even worse. 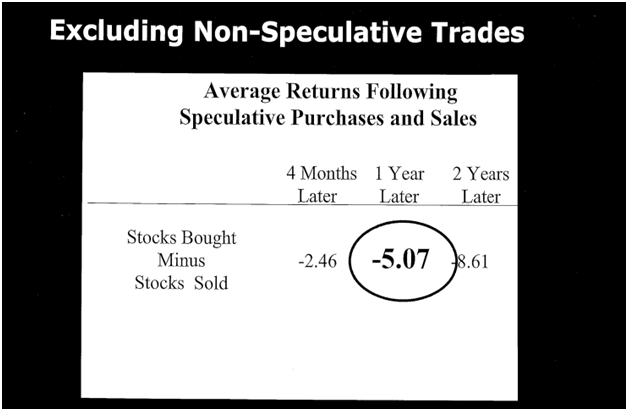 But maybe this under-performance only affects individual stock investors, so let’s take a look at research from Stanford’s Jason Hsu, Ph.D. on how the mutual fund investors fared. As you can see below, the returns of investors who purchased a mutual fund and held it are much better than those who bought and sold, and this holds true for every single category. 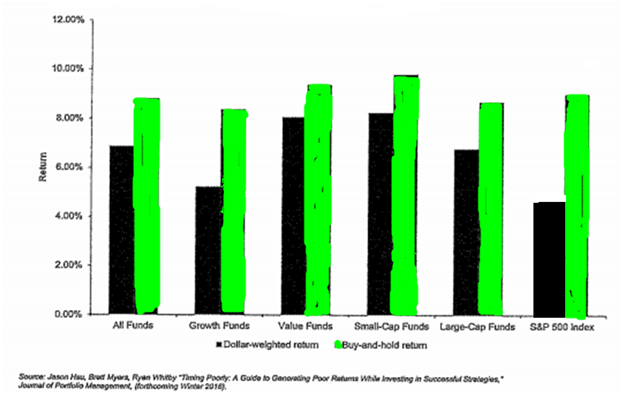 Taking things a step further, Dr. Hsu actually quantifies just how much trying to time the market is costing investors. On average, mutual fund investors are destroying 2% of their returns each year by trying to move in and out of funds and mutual fund categories. 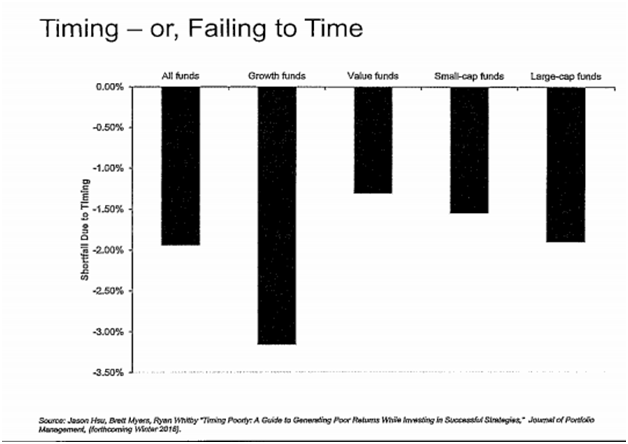 But it doesn’t stop there, what if we want to destroy even more value? All we have to do is trade more frequently. There is a direct correlation between number of trades placed and performance. The more you trade, the more likely it is that you will perform poorly. 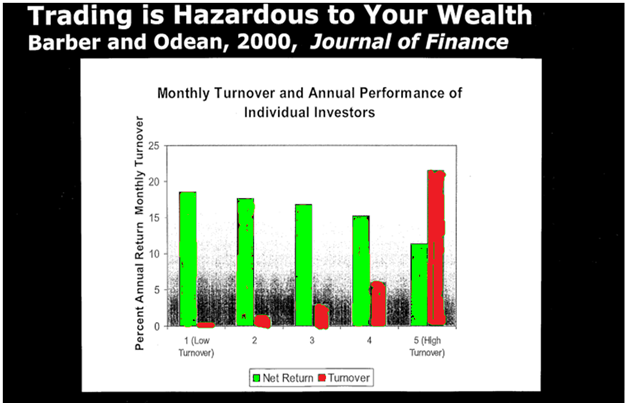 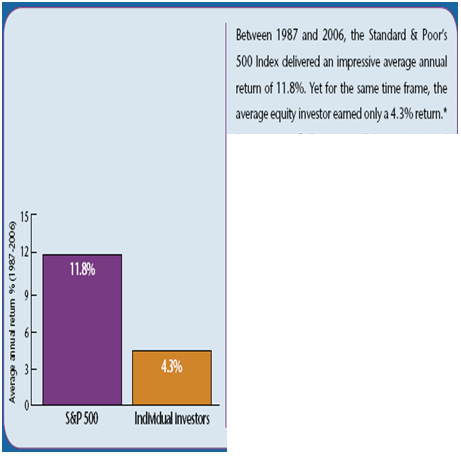 The underlying reason for this is, behavioral psychology. According to Dr. Odean, “Psychologists show that most people generally are overconfident about their abilities (Jerome D. Frank, 1935) and about the precision of their knowledge (Baruch Fischhoff et al., 1977; Marc Alpert and Howard Raiffa, 1982; Sarah Lichtenstein et al., 1982). Security selection can be a difficult task, and it is precisely in such difficult tasks that people exhibit the greatest overconfidence. Dale Griffin and Amos Tversky (1992) write that when predictability is very low, as in securities markets, experts may even be more prone to overconfidence than novices. “

To conclude, people, therefore investors as a whole, are overconfident in their skills, regardless of their backgrounds, which leads them to “try to do something”. Thus, market timing and frequent trading continue to persist, despite the overwhelming evidence of the foolishness of such strategies, and the hefty reduction in return that they will inevitably result in.